Effective 1 October 2021, Dr Nolulamo (Lulu) Nobambiswano Gwagwa stepped into the role as the new Chairman of Barloworld. Dr Gwagwa has been appointed to the board of directors of Barloworld as an independent non-executive director and the Chairman of the Board.

Dr Gwagwa is no stranger to leading wth more than 20 years of experience. She has made meaningful contributions to organisations and positions over the years, including successfully leading in the National Department of Public Works as a Deputy Director General and being an Executive Director at Lereko Investments, a black-owned investment company. Nolulamo is a multifaceted woman: an accomplished development planner; business leader; non-executive director; executive coach; and philanthropist.

There is an unanimous enthusiasm that Dr Gwagwa, the second female chairman in the history of Barloworld, will offer a meaningful contribution to the organisation 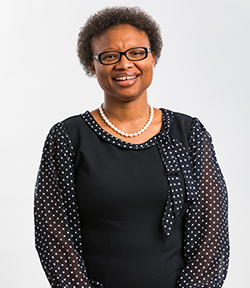 As Barloworld, welcomes Dr Lulu to the company, we bid farewell to Mrs Neo Dongwana, who has filled the role of Barloworld chairman since February 2020 and has been a valuable member of the Barloworld family since May 2012.